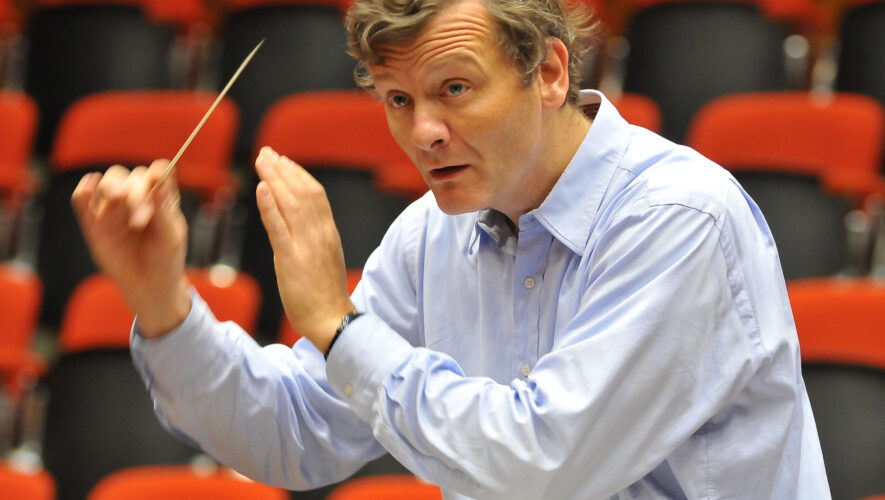 Mr. Kissóczy has been Music Director and Principal Conductor of Zurich Youth Symphony Orchestra from 1996 to 2002.  From 2002 to 2009, he was appointed Music Director of and Conductor of the highly renowned Camerata Zurich, a professional chamber orchestra with a large tradition and a strong commitment to contemporary music.

Marc Kissóczy has conducted a variety of Pops productions over the years including the traditional and prestigious New Years Concerts with the Aargau Symphony Orchestra and has achieved considerable success conducting operas, operettas, Pops and Children’s Concerts, film soundtracks and contemporary music. He led many premieres and his concerts are being broadcast on radio and TV stations in Europe, Asia and South America.

Since 1996 he is on the faculty of the Musikhochschule (Music Academy) at the University of the Arts in Zurich; since 2005 as professor of orchestral conducting and is Artistic Director and Principal Conductor of the Camerata Zurich. Since 2011 he also leads a conducting class at the Conservatorio della Svizzera Italiana.

Marc Kissóczy, born 1961 in Canada to Hungarian-Swiss parents, studied Violin and Conducting at the Music Academies of Zurich, Basel and Berne (Switzerland) and graduated with highest honours. At the Pierre Monteux School in Maine, USA, he completed his studies in conducting and won thereafter a number of national and international prizes, among them at the prestigious ‘Ernest Ansermet’ Competition in Geneva (1994) where he was a standing member and also president of the jury in the following years. Further studies took him to the Tanglewood Music Centre, to Sergiu Celibidache, Pierre Boulez and others. The critics repeatedly acclaim his outstanding musicality and sensitivity, his expressiveness and precise conducting technique.

In 1999, the government of Vietnam has awarded Marc Kissóczy the highest medal of culture in recognition of his merits in restoration of the musical life in Vietnam working very extensively with the Vietnam National Symphony Orchestra. He is frequently asked as member of the jury at national and international competitions.